One of our registered Unicorns, Zildjian owned by Shayna Abbott had an awesome photo shoot! The photos were taken by Ichabod Krow, the model was Betty McClain and the models headdress was created by Copricapo Designs.

The All Horse Parade!

The International Unicorn Association was at the All Horse Parade in Delaware, OH. This parade is recognized as one of the largest and most unique non-motorized parades in the U.S. With us was Houdini owned by Victoria Shields, Magical Max owned by Caitlin Cramer, Satin owned by Leah Cramer and  Freya the Unicorn owned by LeAnne Hosmer. 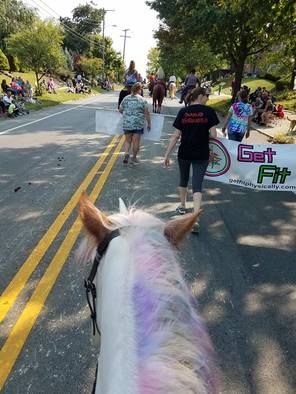 Unicorns in a parade!

STA Martini Bey owned by Chantelle Feller were in a parade to kick off the county fair. 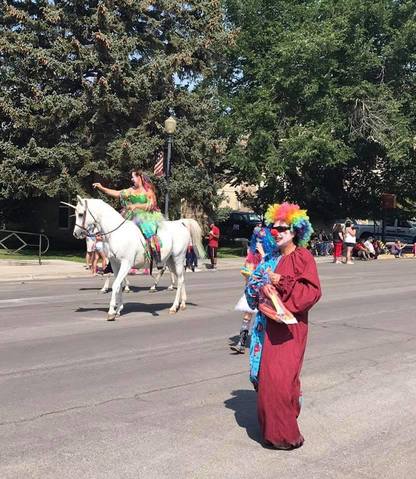 Getting Ready for a Fun Show

Freya the Unicorn owned by LeAnne Hosmer at her first fun show.

When Starbucks came out with their new Unicorn Frappucino, Sparkles Sue Allegretta brought her Unicorn, Prince Ghallahad to the cafe to try them out.

Unicorn on the Loose!!!

This was a very naughty Unicorn, Juliet owned by Tatum Boos​!
As some of you have seen on the news, the CHP received calls about a Unicorn running loose in California. After hours of evading the police and helicopter spotlights, Juliet was found in some orchards and returned safely with the help of an equine friend.
Her 5 year old owner said "She got in a timeout because she was being a bad pony."
​Both Tatum and her family, I'm sure are so relieved and blessed to have their magical unicorn back home.

Baby Unicorn born with her horn!